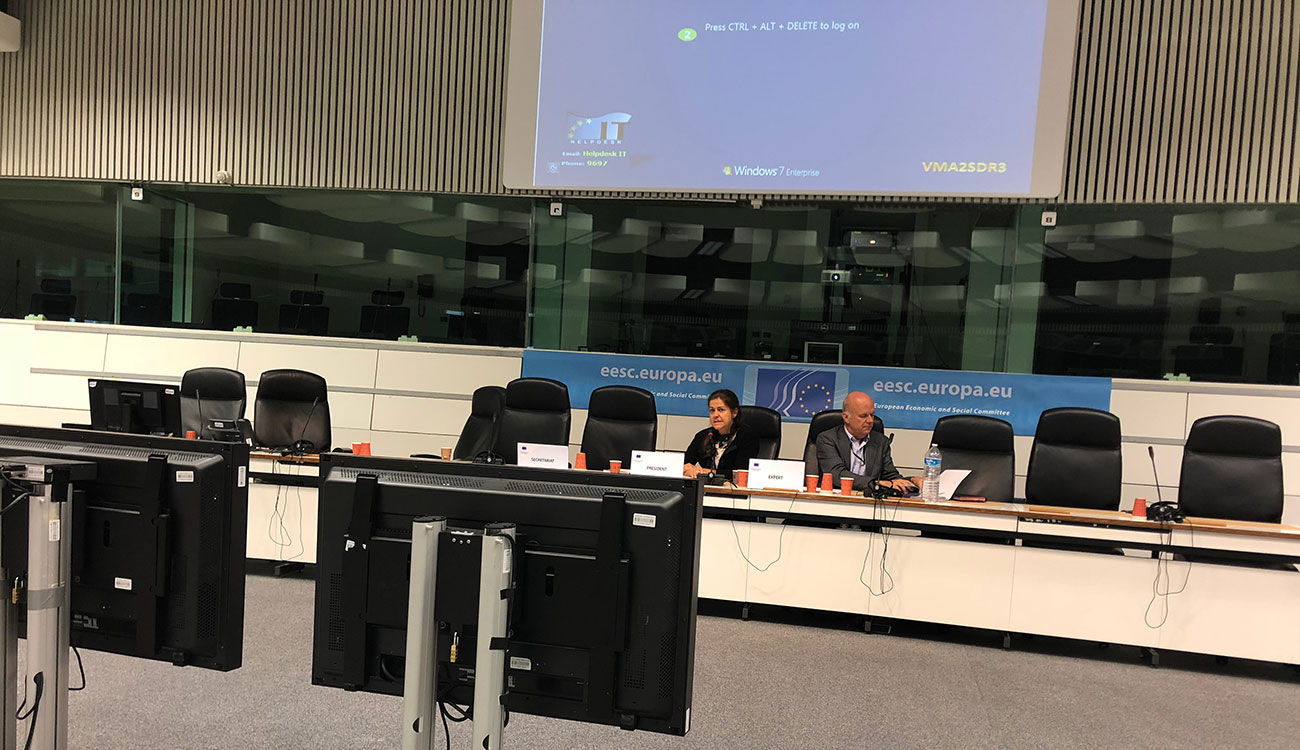 Posted at 06:43h in Activities by UETR 0 Comments

UETR Secretary General Marco Digioia intervened at a hearing on 19 June at the Commission for Social Policy, Education, Employment, Research and Culture (SEDEC) of the Committee of the Region on the European Labour Authority (opinion by Rapporteur Mrs. Kampus).

Digioia presented UETR view on ELA and in particular on the competences/powers of the ELA and their interaction with national competences on labour matters; complementarity with existing EU agencies/bodies;the balance between enforcement and prevention powers; the Authority’s added value when it comes to cross-border matters.Digioia highlighted the need of having an effective Authority (not an Agency) capable to address urgent issues in road transport sector like social dumping, cross border issues (e. g. posting of workers) and provide information to companies and training support for harmonised interpretation and enforcement of EU rules.The specificity of road transport sector must be taken into account.

The hearing conclusions were very positive as participants and SEDEC expert agreed on the need to have not a stand alone body but an Authority capable to conduct a useful activity, with real added value. The importance of playing an active role e. g. in mediation and the involvement of all relevant stakeholders (and not just six) was also acknowledged.